Shakespeare in Print: The First Folio

Join us at the National Library as we showcase Shakespeare’s First Folio, first printed in 1623, on special loan from The University of Oxford’s Bodleian Libraries for six weeks only. Shakespeare’s plays are among the most significant pieces of literature in the English language and have influenced art and media all over the world for centuries.

Shakespeare in Print: The First Folio is an exciting opportunity for you to see Shakespeare’s plays in their first printed form. Without it and the efforts of its publishers to preserve Shakespeare’s works, plays such as Antony and Cleopatra, The Tempest, and Macbeth would have been lost. What’s more, you will also learn about the impact of Shakespeare’s works on theatre in Asia as well as his influence on our modern-day use of the English language. 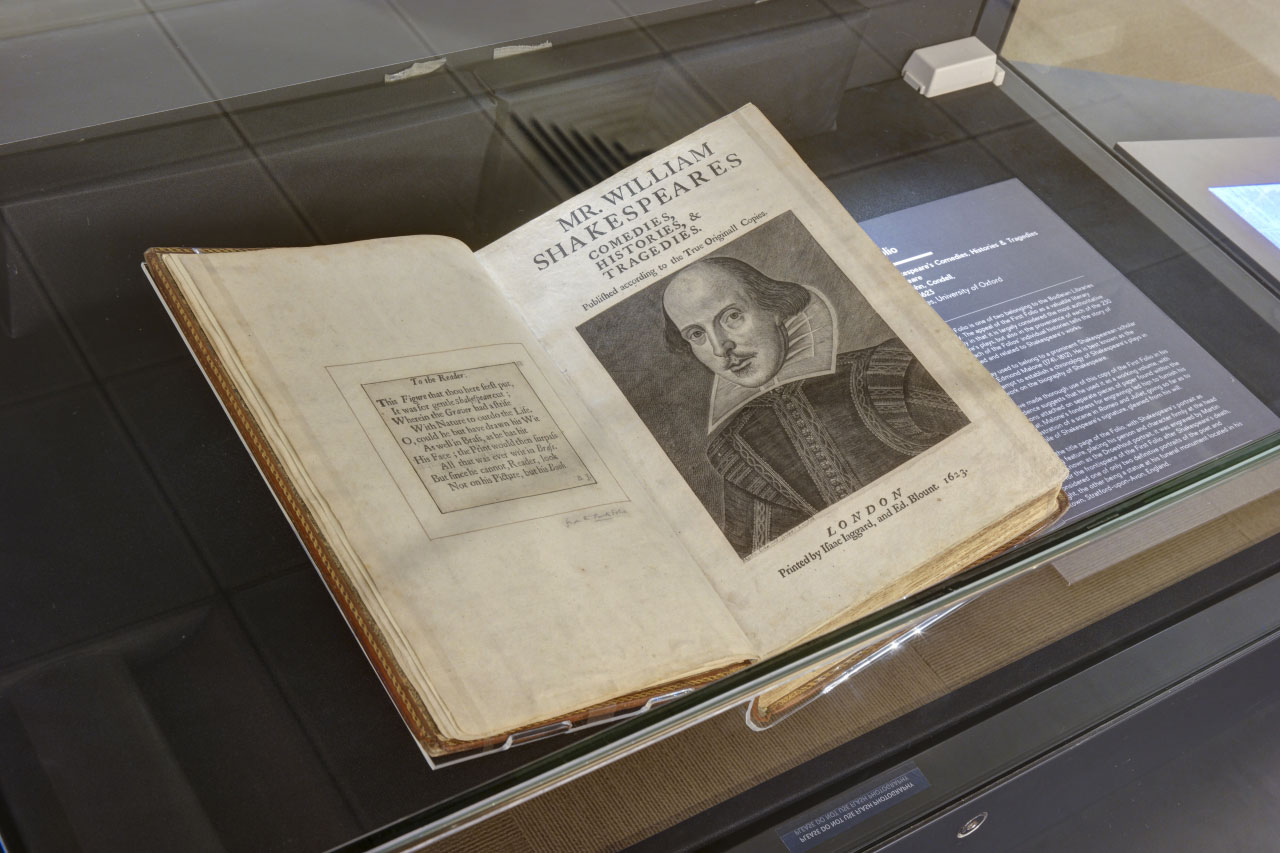 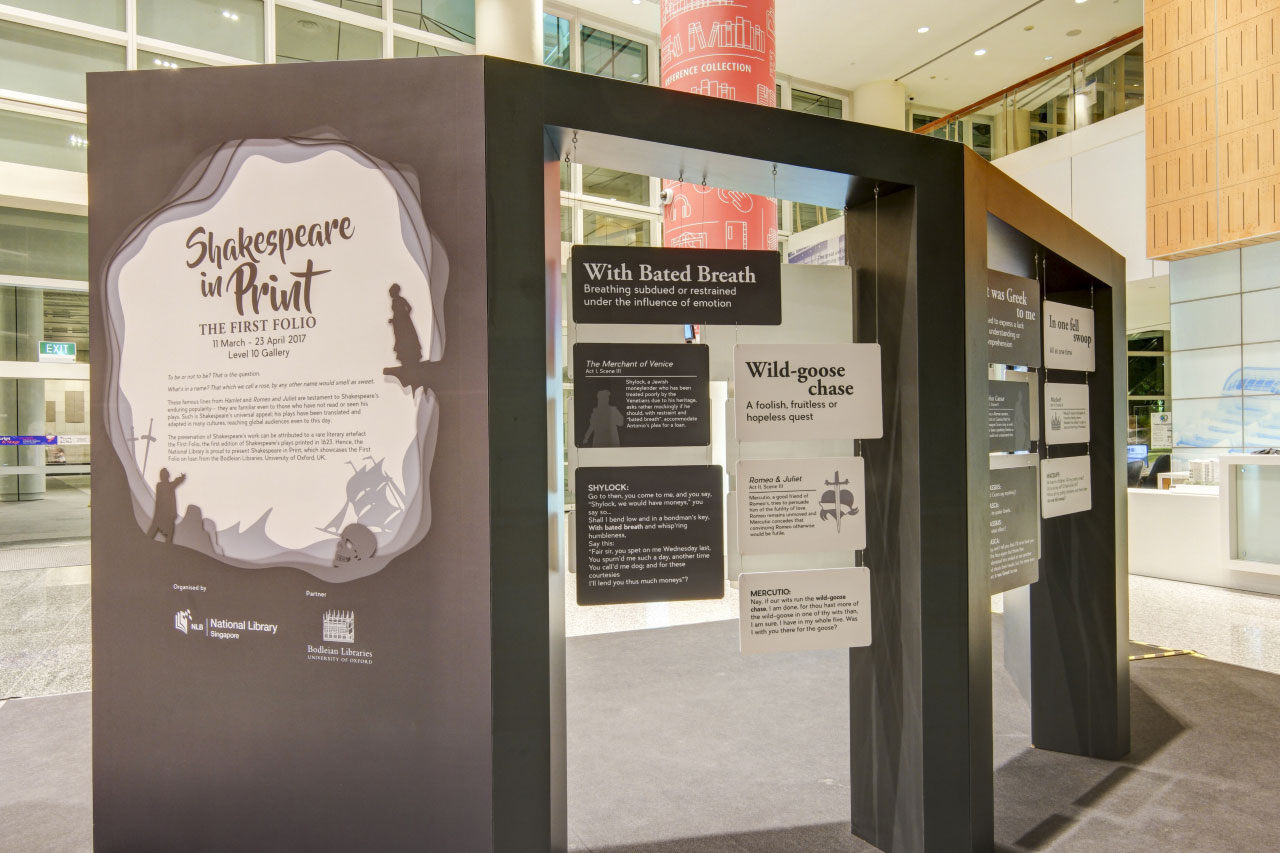 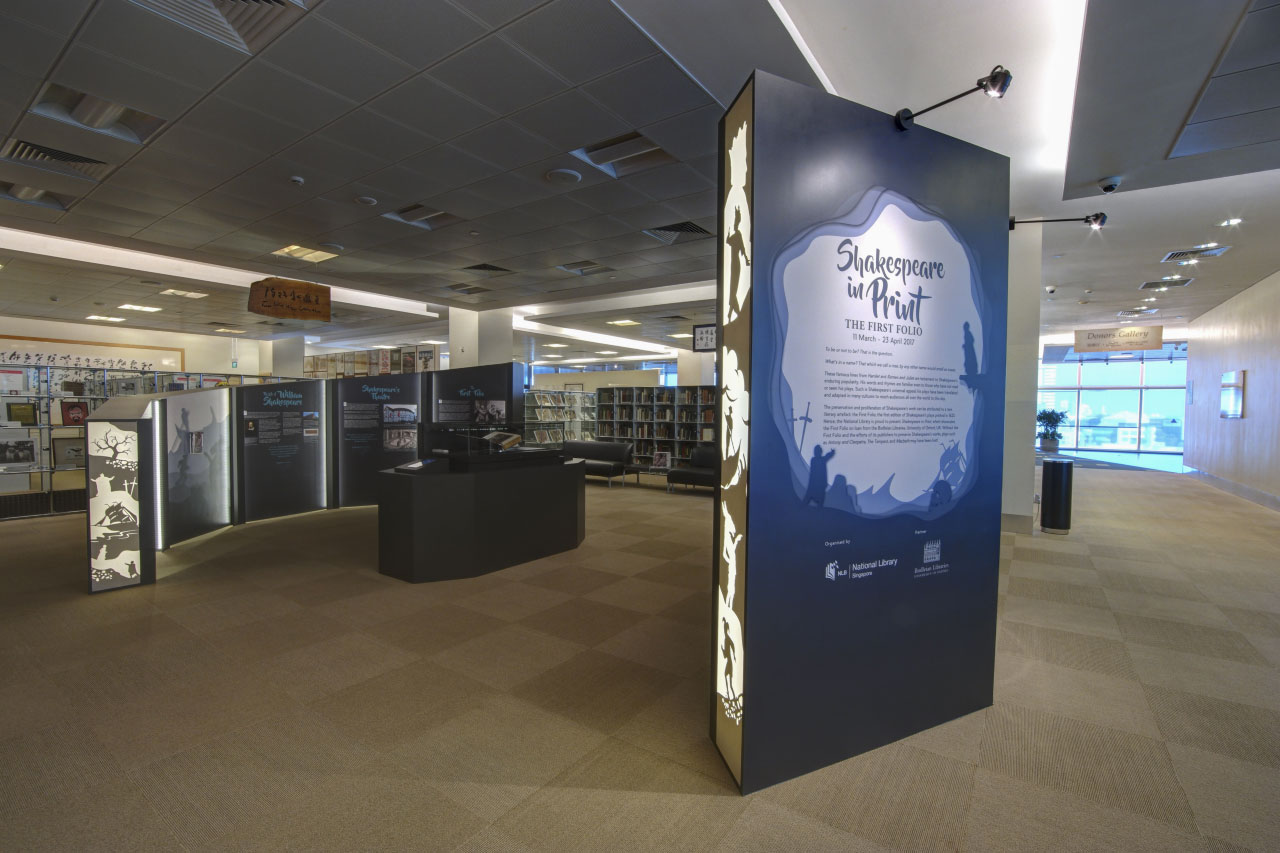 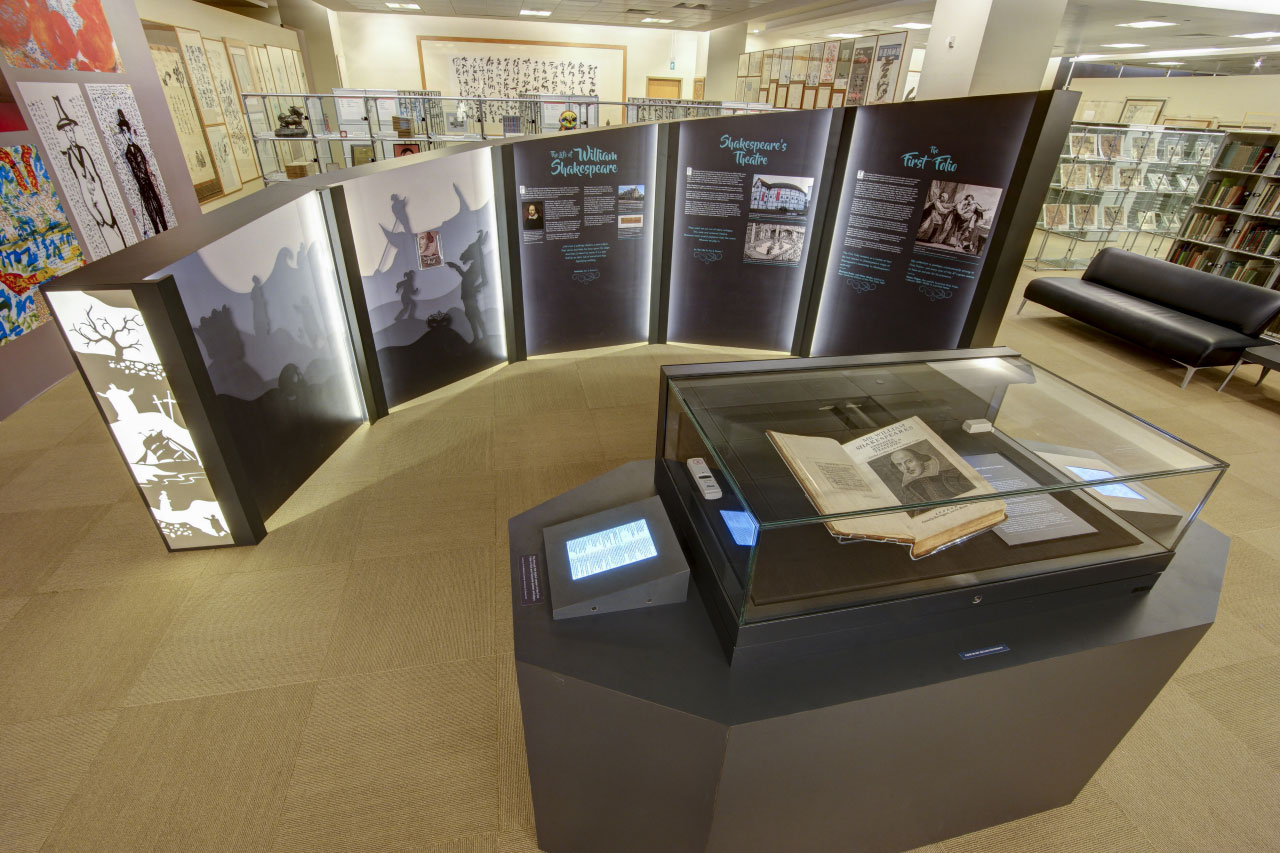 The digitised version of Shakespeare’s First Folio is available from The University of Oxford’s Bodleian Libraries. For more information about the project and to browse the First Folio, please click on the buttons below.

The first edition of William Shakespeare’s collected plays was published in 1623. This is commonly known as the First Folio and is one of the most iconic and valuable books in the world. In “Comedies, Histories and Tragedies”, Richard Ovenden, Bodley’s Librarian, will be joined by Professor Rhodri Lewis from the University of Oxford to explain why the First Folio matters. They will discuss the history of the Bodleian Library’s two copies of the First Folio and, using Hamlet as a guide, explain how the Folio helps us understand Shakespearean drama.

Don’t miss this rare opportunity to view one of the world’s most famous and valuable books first-hand. Find out more about the First Folio as Richard Ovenden and Professor Rhodri Lewis from the University of Oxford share interesting trivia and stories about the book and answer your questions on the Folio.

Richard Ovenden is Bodley’s Librarian, the senior Executive Officer for the Bodleian Libraries at the University of Oxford. He is also a Professorial Fellow of Balliol College, Oxford, and writes and researches in the history of the book and the history of photography. He has previously worked at the House of Lords, the National Library of Scotland and the University of Edinburgh. He serves on the Board of the Consortium of European Research Libraries and was elected to the American Philosophical Society in 2015.

Rhodri Lewis is Professor of English Literature and Director of Ertegun House at the University of Oxford. He is the author of many books and articles on literary and intellectual history from 1500 to 1800, including Hamlet and the Vision of Darkness, which will be published by Princeton University Press later this year.

Free admission Alongside the main showcase the National Library, three public libraries will host “#Shakespeare”, a display that turns stories from Shakespeare’s plays into tweets by key characters from plays such as Romeo and Juliet, Julius Caesar, A Midsummer Night’s Dream, and Hamlet.