The art of the Malay book is primarily a religious art, and the finest examples of manuscript illumination in Southeast Asia are found not in literary or historical works, but in copies of the Qur’an. Sumptuously illuminated Qur’ans were produced in certain artistic centres such as Terengganu and Patani on the east coast of the Malay peninsula, Aceh on the northern tip of Sumatra, and across the archipelago from Java to Sulawesi and the island of Sumbawa.

Almost without exception, these exquisite works of art were anonymous, for Malay artists did not traditionally sign their artworks. However, in one finely illuminated Malay literary manuscript from the British Library currently on display in this exhibition – a copy of the Hikayat Nabi Yusuf, ‘The Story of the Prophet Joseph’, written in Perlis in 1802 – the artist has inscribed his own name, and his comments and annotations shed valuable light on the mechanics of the book trade in the Malay peninsula in the early 19th century.

Join Dr Annabel Gallop in this talk as she shares about the illumination of Qur’ans and other Islamic manuscripts. 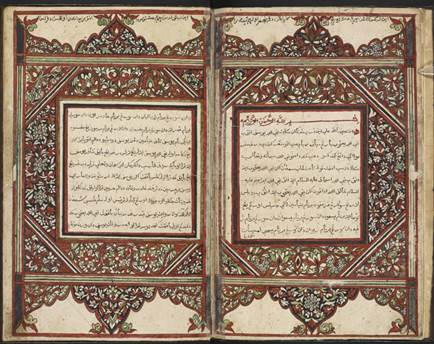 Annabel Teh Gallop is lead curator for Southeast Asia materials at the British Library. She obtained her doctorate at the School of Oriental and African Studies, London, in 2002 with the thesis, ‘Malay Seal Inscriptions: A Study in Islamic Epigraphy from Southeast Asia’. Her main research interests are Malay manuscripts, letters, documents and seals, and the art of the Qur’an in Southeast Asia.

Return to Tales of the Malay World exhibition programmes page »